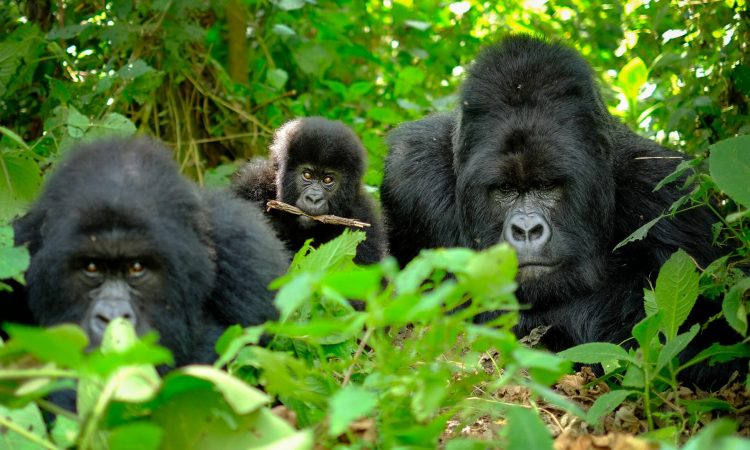 Other animals in Volcanoes National Park

Birding safaris in Volcanoes National Park take travellers to spot the various bird species in the park, in the company of an experienced bird guide.

Visiting the Din Fossey tomb has you hiking through some slopes to get to where the great primatologist Dian Fossey whose tireless efforts helped conserve mountain gorillas and make their plight known to the world, that travellers can even encounter them now on gorilla trekking safaris. Hiking to the Dian Fossey tomb has you appreciating her passion and dedication to protect and conserve the mountain gorillas.

The Musanze caves were formed as a result of the volcanic eruptions creating caves underground, and a worth a visit especially to relax after gorilla trekking adventures.

How to get to Volcanoes National Park Rwanda