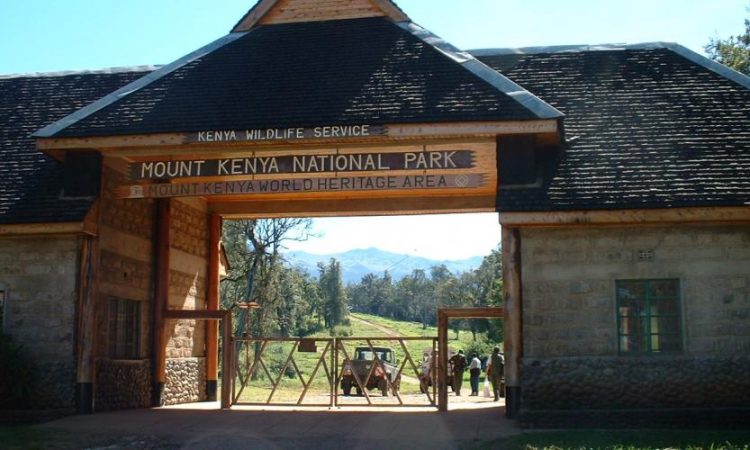 Over its 715 km2 of territory, Mount Kenya National Park contains a variety of environments, including forests, alpine rivers, and mountain slopes. It is a long-extinct volcano that is considered to have reached a height of 6,500 m when it was active (3.1–2.6 million years ago). The mountain has 12 remaining glaciers that are all fast melting, and it also has four secondary peaks that are located at the heads of U-shaped glacial valleys. One of the most stunning scenes in East Africa is Mount Kenya, which has a rocky summit covered in glaciers and middle slopes covered in forest.

Its afro-alpine flora’s ecology and evolution serve as a superb illustration of ecological and biological processes. The mountain also includes lower-lying picturesque foothills and desert habitats with great biodiversity through the Lewa Wildlife Conservancy and Ngare Ndare Forest Reserve. These areas are located in the ecological transition zone between the mountain environment and the semi-arid savanna grasslands. The region is also part of the African elephant population’s traditional migration route.

As you go up the mountain, the park’s climate significantly changes. Temperatures can vary greatly throughout the day and night, dropping to around 4 degrees Celsius at night. In general, Mount Kenya is very wet, and it serves as a watershed for much of Kenya. It experiences two wet seasons and two dry seasons just like the rest of the nation because it is located in the tropics.

The majority of the precipitation falls as frost or snow, feeding the mountain’s 11 surviving glaciers. As warm, humid air comes off the Indian Ocean, it falls most heavily on the mountain’s south-eastern slopes.

Wildlife : Wildlife abounds in the alpine forests of Mount Kenya National Park. Both larger mammals like elephants, Cape buffalo, and leopards, as well as smaller mammals like different species of antelope, live in the forests. Black-and-white colobus monkeys also inhabit the forests.

Several animals have evolved to thrive at high altitudes on Mount Kenya, including the Mount Kenya hyrax, a small, herbivorous mammal, and the common duiker, a small antelope. The park is home to over 130 bird species, including sunbirds, starlings, and bearded vultures.

The majority of Kenya safari tours begin in Nairobi, Kenya’s capital, which is 175 kilometers northeast of Mount Kenya National Park. The park features some of Kenya’s most breathtaking scenery, and a 4-5-day Mount Kenya climb is a stand-alone excursion for those who enjoy trekking.

As an alternative, you can take a day trip to Mount Kenya’s slopes as part of a longer Kenyan vacation. Some visitors pair the park with the Maasai Mara national reserve and Lake Nakuru National Park as part of a one-to-two-week itinerary.

How to get to Mount Kenya national park

Nairobi city is located about 175 kilometers (108 miles) from Mount Kenya National Park. It protects the mountain, which ranges in height from 11,000 to 17,058 feet above sea level, spanning an area of over 700 square kilometers. The principal towns of the area—Naro Moru, Nanyuki, Meru, and Embu—are connected by a fine tar road that circles the mountain’s base.

Airport: There are a number of tiny airports adjacent to the area’s private lodges, but Nanyuki, or the Laikipa Airport, is the nearest one . The majority of visitors will fly into Nairobi and then be transported by vehicle to the Mount Kenya National Park.

Beautiful lakes, tarns, glaciers, mountains, forests, mineral springs, rare and endangered animal species, and unspoiled wilderness are some of the beautiful highlights of Mount Kenya national park. There are Plains wildlife that has adapted to high altitudes, special montane and alpine vegetation, and 11 indigenous plant species.

Other Highlights and AttractionS includes:

Tourist activities/Things to do at mount Kenya national park

As you go by Mount Kenya’s breathtaking lakes, tarns, glaciers, and summits, you may challenge yourself to an energizing ascent while taking in some of the most breathtaking (and shifting) scenery.

At 3700m (12,139 ft.) on the Burguret Route, you can scramble up this castle-like rock and enjoy stunning views of the Batian and Nelion peaks.

The primary reason visitors travel to Mount Kenya National Park is to climb the mountain. The mountain has three peaks and seven ways to climb it. The majority of visitors ascend to Point Lenana, the third-highest peak at 4985 meters. The remaining two summits can only be attempted by climbers who possess excellent technical climbing skills.

On your ascent, you will pass through a variety of different eco-systems, including a tropical forest where you can find buffalo and elephants, a bamboo forest, and an upland heath where you can find many unusual plants, like giant lobelia and rosette plants. Then, a land of rock, ice, and snow takes its place.

It is recommended that you stay at least three nights while climbing the mountain to allow your body to acclimate and avoid altitude sickness. The climb should be attempted between mid-January and the end of February, as well as between August and the end of September. These are the two dry seasons since it is always gloomy and difficult to see during the short and lengthy wet seasons.

Serena Mountain Lodge is a lodge that may be found on the mountain’s lower slopes. It is elevated above the woodland canopy on stilts. It features numerous viewing decks that look out over a waterhole and salt lick that a variety of animals enjoy. Accommodations are in suites that imitate log cabins in the mountains. There are guided forest hikes, trout fishing excursions, and mountain treks available.

Just below the summit, nestled among the snow-capped peaks, is Shipton’s Camp. Climbers can reserve bunks in an alpine hut nearby and spend the night there before attempting the mountain’s summit. Shipton’s Caves, a thrilling location for exploration, are close by. Other accommodations and place to stay in Mount Kenya national park includes the following: