Mikumi national park is the fourth largest national park in Tanzania located in between the Uluguru mountains, Lumango range, western part of dare s salaam, north of the famous Selous game reserve and. The national park was gazetted in 1964 and covers a total area of 3,230 square kilometers which is comprised of savannah vegetation, artificial hippo pools and Mkata flooded plains which harbor abundant wildlife  species including animals like buffaloes, zebras, elephants, impala, giraffes, lions, leopards, wild dogs, birds like Zanzibar red bishop among others. 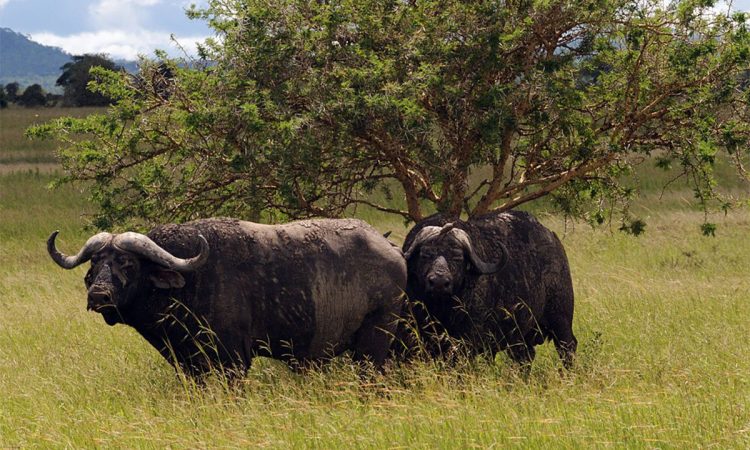 Top things to do in Mikumi national park

Game drive, this is one of the famous activities in the park which offers you an opportunity to explore the park and have scenic views while in the comfort of a 4WD safari vehicle. Game drives in Mikumi national park can either be done in the morning or in the afternoon, during this interesting activity you will drive to the artificial hippo pools where you will be able to view large concentrations of hippos and other animals like giraffes, buffaloes, elephants, zebras, elands among others.  You will also be able to view different bird species, predators like lions and leopards if you are lucky, take clear photos among others.

Guided nature walk, this is an amazing activity that gives you an opportunity to explore the park on foot. During the guided nature walk you will be accompanied with an armed park ranger to protect you from any danger and to help you spot various wildlife species. the guided nature walk will help you to walk close to natural habitats of different animals in the park, have spectacular views of the mountain ranges, listen to sweet sounds of bird species, have a closer look of animals like elephants, zebras, giraffes, impala, buffaloes, view colorful birds, enjoy the peaceful environment, take clear pictures among others.

Camping, Mikumi national park is one of the protected areas in Tanzania where visitors have an option of camping during the safari and the park has two camping sites which offer both private campsite which is in Vuma hills and public campsite which is at Nkata plains. Camping in both campsites offers incredible experiences irrespective of the difference in the management, camping safaris are however best done in the dry season in the months of June to October when there is less or no rainfall in the park.

Mikumi national park can be visited anytime throughout the year though the best time is during the dry season in the months of June to October. During the dry season animals gather around the water holes to drink water and the vegetation in the park becomes thin which gives you an opportunity to clear spot different animals and take great pictures unlike the wet season where the vegetation grows tall making animal viewing difficult.

Where to stay in Mikumi national park

Getting to Mikumi national park

Mikumi national park is one of the most accessible protected areas in Tanzania and it can be reached by road and air transport means. When using road transport means there is a good surfaced road that connects the park to Dar es Salaam via Morongoto taking about 4 hours drive. There are local buses which operate from Dar es Salaam to the park headquarters and you can also hire a private taxi to the park.

Mikumi national park is an ideal place to visit on your safari in Tanzania in that it offers interesting activities like camping, nature walks, game drives, birding among others which give you an opportunity to have great views of animals, colorful bird species, mountain ranges, beautiful scenery and many more. The national park is also the best place for picnics due to its easy accessibility therefore in case you want to have lifetime experiences on your safari you should contact Focus East Africa Tours and we will make your safari unforgettable.